What’s Better Than Watching an Eagle Snatch a Drone from the Sky? Hint: Nothing [VIDEO] 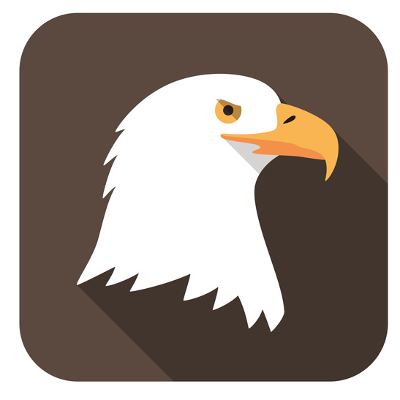 Drones are great devices for entertainment. Whether they’re flying in races or recording breathtaking videos or photos from a bird’s-eye view, drones can help you feel like you’re on top of the world. Unfortunately, just like all types of technology, drones can be abused. Violations of drone legislation have led authorities to ask a difficult question: how can you get an illegal drone out of the sky, without risking those who are passing by below?

The Dutch National Police in the Netherlands are working closely with a raptor training company called Guard From Above to test whether or not eagles will be viable drone termination options in the future. In theory, they can identify drones, snatch them out of the sky, and take them somewhere where they can be safely terminated. You can see them in action in this video:

The popularity of drones is on the rise, but there’s a significant amount of controversy surrounding them. A major domestic concern is that of privacy, which stems from the fact that many drones are often equipped with cameras. Other times, they might be used to deliver illegal goods, like dropping drugs into prisons. On a larger scale, drones can be considered a threat to national security, as they can be armed with semi-automatic weapons and even close-range explosives. If that wasn't enough of a reason to be worried, drones can potentially complicate flight patterns of other aircrafts.

The natural solution is to limit the locations where drones can be flown, but people are always testing the limits of the law. Some blatantly ignore it and fly in unauthorized locations simply because they want to. It’s these people who are likely to have their drones snatched by an eagle and carried off.

Birds of prey like the bald eagle, golden eagle, and other large predatory birds like hawks, are at the top of the avian food chain. It’s only natural that they are capable of spotting something in the sky and striking at it. It appeals to the predatory instinct within.

Other ideas have been tested, like jamming drone sensors, catching them with nets, or shooting them out of the sky, but these methods can be potentially hazardous to those passing by. The Dutch police force believe that, with proper training, eagles will be able to take down drones and safely deliver them to the ground without incident. Plus, if a grown eagle is capable of carrying off relatively large prey, it can probably handle a drone.

Still, there’s the chance that the drones might do harm to the eagles used to hunt them. What if their wings got caught in the propellers, or if the drone is somehow weaponized? Would the eagles need to be equipped with protective armaments to shield them from harm? Absolutely. Chances are that until these answers are worked out, eagles will remain an interesting and all-natural alternative to traditional drone-hunting methods.

In fact, even eagles that haven’t been trained are likely to hop on the drone-hunting bandwagon, even if their methods are… less subtle. There’s a large chance that wild eagles will see a drone in their territory, perceive it as a threat, and knock it right out of the sky. While it’s not delivered to the proper authorities, the result is, more or less, the same; a terminated drone. Here’s another video that shows a slow-motion attack on a drone from a wedge-tailed eagle in Australia.

Though these birds of prey are more than strong enough to take out drones, can they be counted on to remove potentially dangerous variants of drones? What do you think? Let us know in the comments.